A bit of history:

Paris is the thriving art, fashion, and food capital of Europe. Although most of us think of glamour, culture, and beauty when we think of Paris, it wasn’t always that way. Now home to over two and half million residents, the once-dilapidated fishing village has evolved into something vast, powerful, beautiful, and unique. Throughout this article, I’ll take you through a brief history of Paris and the historical events that helped shape the city into what it is today.

First, you should know that Paris is old. Like, exceptionally old. The first traces of human occupation in Paris date back sometime between 9800 and 7500 BC. That being said, there weren’t any significant establishments there during that time, but that’s still pretty impressive. Evidence of consistent living in the area dates back over 2000 years with the Gauls of the Parisii tribe settling in the region between 250 and 200 BC. Back then, it was just a tiny, little fishing village called Lutetia. From that teensy little town spawned a gigantic metropolis we now know as Paris.

To this quaint, joyous little fishing village came one very famous and influential man: Julius Caesar. Bah, humbug for the Gauls of the Parisii tribe. He rolled up to Lutetia and conquered the area in 52 BC, killing the Gauls tribe. After this, Mr. Caesar ordered a Roman city to be built of the left bank of the Seine. While Caesar’s presence wasn’t so great for the Gauls, it benefited the small fishing village of Lutetia. Under Roman rule, Lutetia thrived. By the end of the 1st century AD, an important Amphitheatre and baths were constructed. Oh, how Roman. 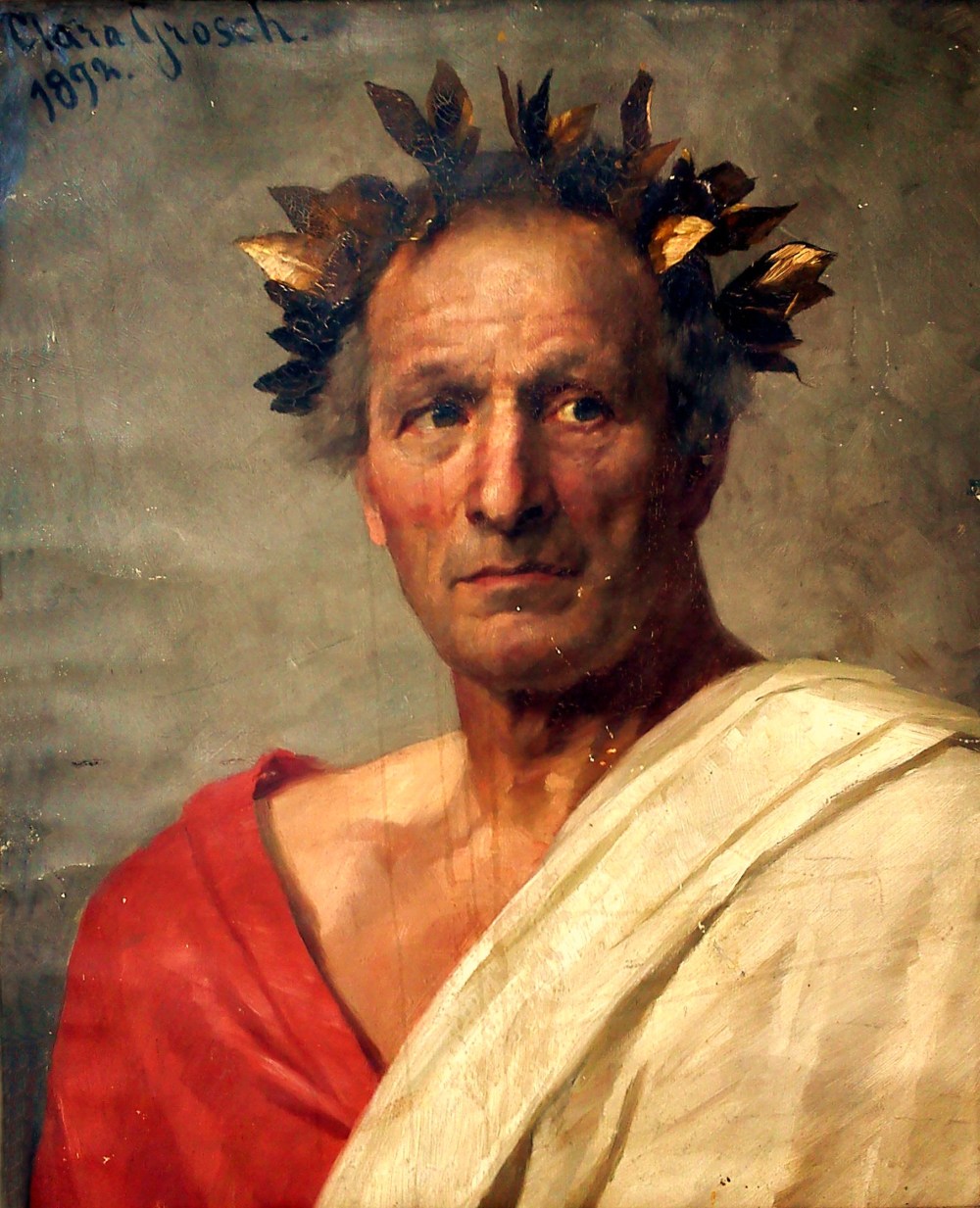 In the 300s, Lutetia acted as a garrison town for troops fighting the Barbarians on the northern and eastern frontiers of Gaul. It was then that the city moved to the Ile de la Cite, which was fortified and re-named “Paris”.

The Notre-Dame di Paris (super famous) cathedral was built starting in 1163 and was rebuilt FIVE times before it was successfully completed. The architects wanted to build a very tall church as they believed that the taller the building, the closer they would be to God and the heavens. Finally, on the fifth attempt, they used a new technology — flying buttresses – to support the church. And guess what? It worked! The successful completion of the famous church was a bit of a lengthy process, but it was finally completed in 1345.

The beautiful and iconic Notre-Dame de Paris still stands today, largely because of two men: Victor Hugo and Quasimodo. What? Yes, okay, only one of those men was real (I’ll give you two guesses). In the 1800s, contemporaries were seemingly unaware of the Notre-Dame di Paris’s importance, both historically and architecturally, and prominent members of the city planned to tear it down. In an attempt to save the church, Mr. Victor Hugo wrote the famous tale of The Hunchback of Notre Dame. The story became so famous and beloved that the city decided to keep the Notre-Dame de Paris.

Amidst the construction of the Notre-Dame de Paris, a famous urban planner named Philippe Auguste constructed a fortress surrounding Paris and called it the Louvre. It started as a small wall and evolved into a gigantic palace and now-museum. The historical palace is still in the same place, in the heart of Paris’s city center. It is free to explore and to access, although one must pay to enter the famous Louvre Art Museum.

Ooooo, let’s jump ahead a little bit. Now it’s the middle ages. Paris was the biggest city in all of Europe and acted as an important religious and commercial center. In the 13th century, the University of Paris was established and still remains today. It was one of the first universities established in all of Europe. Paris had a lot of great things going on and all was fine and dandy, until that blasted plague hit them hard in the 14th century. Oh yeah, and there was the Hundred Years War between France and England that happened in the 14th and 15th centuries, the English residing in France for over 16 years. You can find more information about the Hundred Years War here.

In the 1500s, Paris was also affected by some pretty significant wars fought between the Catholics and Protestants. During this century, France was ruled by Francois the 1st and was decorated with beautiful Renaissance works; for example, the Louvre was redecorated during this time, as was the Hotel de Ville. The Natural History Museum and the Luxembourg Palace were also erected, all of which remain today.

In the 18th century, the most significant event that occurred was the French Revolution in 1789. There was not one marked factor that sparked the revolution. France practiced years of feudal oppression and fiscal management, and the vastly poor French population was ready to revolt. As a result of the revolution, republics and democracies were developed all around the world. The Bourgeoisie (middle class) claimed their rights to be involved in leadership, politics, and administration, and peasants claimed land ownership rights and the ability to expand their estates. From this revolution also spawned the Declaration of Rights of Man in France, which led to discussions around the world regarding human rights. The French Revolution of 1789 was very important and impacted not only France’s history, but the history of many countries around the world. The French still celebrate this important stage of their history on July 14th every year.

In the 19th century, there were three major leaders that impacted Paris’ development, design, culture, livelihood, and infrastructure: Napoleon I, Louis-Philippe, and Napoleon III (nephew of Napoleon I and first elected President of France). Under their control, the city was given a major face lift. The streets were decorated with monuments, and wide avenues and squares were created. The Champs-Elysees was fashioned, as was the Arc de Triomphe. The world’s first mass public-transport system was created utilizing horses, a sewerage system was created, and a numbered housing system was implemented. During this time, Paris was already perceived as the fashion capital of Europe. The Eiffel Tower was also built in 1889. Much of modern-day Paris was shaped during this century. 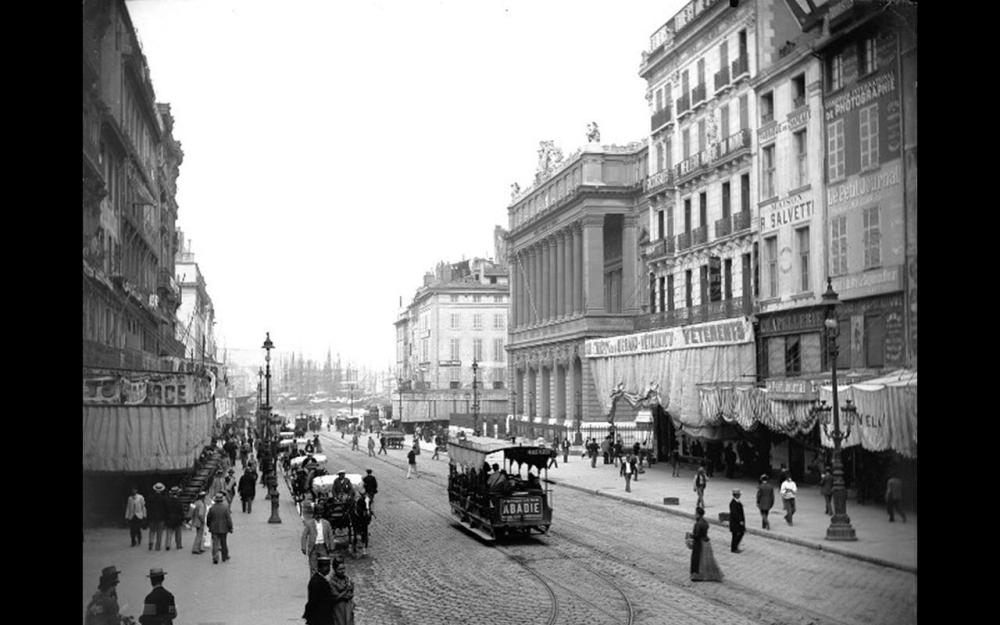 Moving to the 20th century were the terrible World Wars. Like the majority of other major European cities, the World Wars affected Paris. The Germans occupied Paris from 1940 to 1944. Thankfully, the German commander, Dietrich von Choltitz (who was in charge of the defense of Paris) disobeyed Hitler’s orders to destroy Paris’ historical buildings and therefore they still stand today.

Now-a-days, Paris remains the thriving cultural and fashion capital of Europe. Paris has been devastated by multiple terrorist attacks in the last decade, but they remain strong and prosperous. A city defined by revolution, innovation, beauty, and history, Paris will always be the resilient and beautiful cultural center of Europe.

Planning a trip? Read all about What to Know Before You Go, Our Trip, and Our Favorite Local Spots.